With the Presidential Election, It’s Alarming What These Super PACs Are Doing 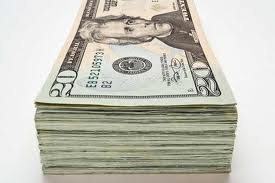 A Super PAC attack ad is coming to a TV near you soon. If you reside in Iowa, and New Hampshire, you have already been flooded by them.

It’s scary what these Super PACs are doing. It amounts to campaign spending on steroids, but it’s not officially connected to the presidential candidates. (wink-wink)

It seems Americans haven’t noticed it yet, but the role and impact of money in elections has changed, and it’s not for the better.

Most of us may have vaguely heard about last year’s Supreme Court ruling that struck down contribution limits on corporations, labor unions, and wealthy individuals, but now Americans are seeing it play out, and it’s not pretty.

That’s correct, there are NO contribution limits on corporations, wealthy individuals, or labor unions.

It’s drastically changing the way money is spent in presidential campaigns. The Super PACs are, in effect, shadow forces working behind the scenes doing the dirty work.

We are watching in several states, candidates play nice with the official ads their campaign is directly paying for, and of course now they don’t need to spend as much, with the Super PACs doing the dirty work, throwing the mud, and oh, by the way, these Super PACs are already spending as much as two-times more on TV than the official campaign.

In other words, this ruling has permitted campaigns to conserve their resources. Such Super PAC ads are already up our course in Iowa, and New Hampshire, but South Carolina, and even Florida.

In one ad playing in Iowa Gingrich’s supposedly independent Super PAC has fired at Romney, labeling the former Massachusetts governor as a member of the “liberal Republican establishment.”

In one Romney Super PAC, the ad fires at Gingrich

“Newt has a ton of baggage [like the fact that Gingrich] was fined $300,000 for ethics violations.”

These ads are costing the Gingrich or Romney campaigns not one dime. The same applies to all the other candidates and of course the Democratic incumbent, President Obama.

According to the Des Moines Register:

GOP presidential candidates and the political action committees that back them have together spent more than $10 million in advertising on television and radio in Iowa this month alone, a grand slam of advertising that outpaces amounts of previous years.
Texas Governor Rick Perry and a pro-Perry Super PAC together leads the pack as they spent $4.19 million this season in Iowa
A so-called Super PAC that champions Romney, and Romney himself have spent $3.95 million.

These outside groups are flush with cash, and as one report suggested, what’s to stop a casino owner from giving a Super PAC of the presidential candidate they are supporting 20 million dollars? Nothing legally. However I ask two questions:

One: Is our political system supposed to work like this?

Two: Would principle be compromised for such donations?

You decide, but as evident from this presidential election, Super PACs have changed politics.