What Do You Do When You Don’t Have A Father? 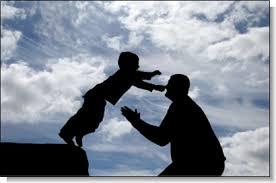