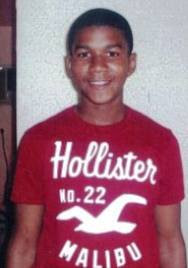 Across America, Why are so many good minded people upset?

-Police initially REFUSED to release the 9/11 tapes. Audio versions that we now know can greatly assist prosecutors, an swayed the court of public opinion throughout the world on this case.

-A dead boy is tested for drugs, not the possible suspect slurring a few words on
the 9/11 tapes.

-The public was initially told by local Police that George Zimmerman had no criminal past. Turns out that was not true.

-We are hearing so much about “stand your ground” laws, but here what’s lost in this, the 9/11 operator told Zimmerman NOT to get involved.

-There are so many holes in Mr. Zimmerman’s story, for example if he felt
threatened, why did he leave his vehicle in the first place?

-People in Florida have been arrested for shooting a dog.

-What was Young Treyvon Martin was “armed” with? “Skittles” candy and Iced Tea.

-How about the Explosive video that reveals that George Zimmerman appeared uninjured when he arrived at the Florida police station the night he shot Martin. It doesn’t appear that Zimmerman’s nose is broken or bleeding and the back of his head is unmarked by grass or bruising.

-It turns out the lead homicide detective investigating the fatal shooting of
Trayvon wanted Zimmerman charged with manslaughter charges from the beginning.

Investigator Chris Serino, of the Sanford Police Department, expressed doubt in Zimmerman’s account of how the shooting went down, ABC News reported this week.
Serino wanted Zimmerman, 28, tossed behind bars, but the state Attorney’s Office said there was not enough evidence to make an arrest, multiple sources told ABC News.

In an affidavit taken the night of the Feb. 26 killing, Serino stated he was unconvinced by Zimmerman’s version of events in which he claimed self-defense, the network reported.

State Attorney Norman Wolfinger refused to comment, but here’s what Trayvon’s father had to say.

As a seasoned journalist, who has covered these types of shootings, mostly involving minorities and the NYPD, folks respectfully I ask this question:

What is the 800 pound Gorilla in the room that is being ignored? Why was a potential prosecution handled so badly?

Could it be that Zimmerman’s father is a retired judge?

I ask of all you. Do you think the Florida State Attorneys office was not aware of who Zimmerman’s father is? That alone is a serious conflict of Interest, that should have required recusing the office from the case.

On RNN television this week, the Richard French Live Show, which airs in NY, NJ,CT,DE, and PA, we debated the Trayvon Martin case. You can see it here. About 4 minutes in, I lost my cool to a degree. Normally on-air, nothing moves me emotionally, but it was not meant to be on this day.

People are not stupid, and this case does not pass the smell test?

For 25 years, I have looked in the faces of mothers when their sons have been slain, with one of the cases being Amadou Diallo in 1999. Police thought his wallet might have been a gun, and four plain-clothed officers, part of the now-defunct Street Crimes Unit, fired a total of 41 shots. All four officers were acquitted at trial hundreds of miles away from the Bronx shooting, in Albany, NY.

Do you know what it is to watch a mother cry hysterically, and no sounds can be heard? It’s something you never ever forget in your life. It made me think of Trayvon’s mother. It made me wonder how is she holding up.

Do you know what it is to watch a mother fall on the floor in agony and her baby is gone. The parent, or parents are now planning a funeral, asking a million questions of why did this happen? Observing this situation as a journalist, there is nothing you can do except bend over backward to make sure you get the story right.

Or how about to interview a young woman where 50 shots were fatally fired at the man she was supposed to marry the next day in 2006. Three of the four cops were criminally charged in the Sean Bell case. They were acquitted of manslaughter, assault and reckless endangerment, but the Police department has recently forced all of them to resign. What do you say to her as I could barely look in the face of Nicole Paultre Bell.

The Rev. Al Sharpton is warning that an escalation in civil disobedience and economic sanctions are imminent unless Trayvon Martin shooter George Zimmerman is apprehended immediately.

Michael Skolnik wrote an interesting blog piece titled “White People, You Will Never Look Suspicious!” Here is part of it:

So many of us are outraged, yes even objective African American journalists, because Trayvon could have been my son. In fact my son is only a few months older than Trayvon, and while police have a decent relationship with the kids in my community, my son has already been forced to be spread eagle on the floor by police. Sadly, as an African American male, such law enforcement behavior is a “rite of passage” for African Americans across the country.