The Day I Cried in the theater: The Great Work of Hudson Link 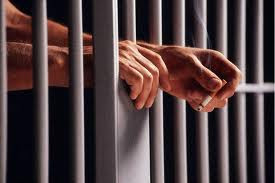 Every American should know about a relatively unknown program run out of New York State titled Hudson Link.

Please understand this is not coming from the perspective of some bleeding heart liberal.

As a hardened, seasoned journalist of 25 years, I have seen numerous “feel good” documentaries, but normally that’s where it stops. I anticipated the same this time around, but this documentary from Hudson Link had me secretly and quickly wiping away tears in the darkened theater.

They were tears of joy.

Why? I know first-hand the value of a college education. Education is the great equalizer in life. A college education was the only way for someone like me — who grew up in the housing projects of the Bronx, with no father, on welfare, and attended five public high schools in four years — could’ve gone to the top of N.Y.’s television political world.

Hudson Link is for higher education in prison.

That’s right, college for hardened criminals. Initially it would be easy to be dismissive of such a program. An education for inmates serving 20 years in notorious prisons like Sing Sing. One could conclude “how dare they, when society is dealing with such tough fiscal times.” After all, members of Congress are falling all over themselves over what and where to cut all in the name of one day obtaining a balanced budget.

Folks I’m here to tell you that is exactly why we need effective programs like Hudson Link.

After seeing their documentary titled Zero Percent, I’m telling you society cannot afford to pass on programs like Hudson Link.

Why is it titled Zero Percent?

Remarkably, not one of the released graduates of the program has returned to jail.

Contrast that with a national recidivism rate of 60 percent. A 60 percent chance of returning to jail within three years. As Hudson Link says on its website: It costs an average of $51,000 per year to keep one person incarcerated, and for every year that Hudson Link’s 64 released graduates stay out of prison, New York State saves $3.3 Million. You do the math.

Oh, and I forgot to mention, Hudson Link was founded when state and federal funding for college education in prisons stopped in the late 1990s. The group raises the money.

I already know what some of you are thinking, why should prison inmates have constructive and meaningful lives? Well besides the fact of isn’t that ultimately the goal, if for no other reason, and the documentary deals with this subject, these men and women will return to their communities. “Each one, teach one.”

One of their graduates is employed to help the school district of Newburgh New York connect with high school kids at the Newburgh Free Academy that are barely hanging on, coming from families with numerous problems. He’s literally making the difference in a young person’s life saving at least 20 kids a semester. Young people that could easily go to jail, effective immediately. Another former inmate runs a boxing program, helping to keep at risk kids off the street. Young people that, by the way, can sense someone a mile away that is not sincerely interested in them.

Institutions of higher learning working with Hudson Link need to be commended.

They have helped do the impossible. Nyack College (helped to get the program started), Mercy College has played a major role through the years, Vassar College has a course is extremely unique in that it puts Vassar students and inmates of Taconic Correctional Facility side-by-side in the same classroom at the prison. There is also Sullivan County Community College.

As I watched the documentary one of the most touching parts was when the family of a graduate was interviewed, and they had tears of joy for a “dream deferred” for a loved one. I just couldn’t sleep after watching the documentary. The next morning at 6:00 a.m., I spent time on the Hudson Link website looking at all the different faces of the now college graduates from different prisons. I’m talking about people that are still doing time. In one photo, Warren Buffett even joined them.

I also thought about my teenage years, spent at 365 E. 184th Street , just off Webster Ave. in the Bronx where my grandmother from Augusta Georgia did her best to raise me, and never lived to see me attend a day of college in upstate N.Y. Her heart gave out on her. It’s something that breaks my heart today.

I didn’t know it at the time, and neither did the adults in that Bronx area, just off of busy Fordham Road, and nearby Fordham University, but that one huge building became a breeding ground for the prison system of New York. My friends that went to prison weren’t bad people, but many of them served 15, 20 years, and like the documentary said: in most cases made just one bad decision as a young person.

Please understand that I am a believer in “no excuses,” in life.

Yes, I was wiping away tears from the eyes watching the documentary. It has been such a long road.

At the end of the day, I’m really proud of Hudson Link, and will not ever forget the organization.

One person, one organization can indeed change the world.