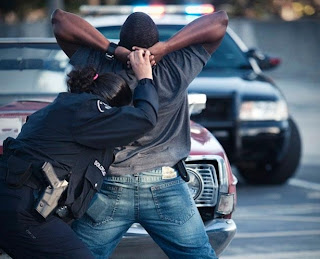 It should come as no surprise. The top NYPD official that ran Stop and Frisk supports the high controversial police tactic as an effective law enforcement tool.

Just-retired Chief of Department Joseph Esposito did make a convincing case while testifying recently.
To listen to Esposito, he sounded reasonable, pointing to historic drops in crime in New York. Almost every word out of his mouth was Crime prevention. How much crime the NYPD had avoided due to stop and frisk.

Esposito claimed repeatedly that crime in NY is down 40 Percent in the last 12 years, 80 percent down in the last 20 years. This of course sets up the classic question of at what cost?

For this appearance, Esposito was not dressed in the manner New Yorkers have come to know him, in his traditional police commander uniform with the white trademark shirt, always standing directly behind Police Commissioner Ray Kelly. Instead Esposito was wearing a crisp neat suit. He had the feel of a well-liked politician, that is until judge Shira Scheindlin nudged him to stop with the speeches on the stand, and to answer the questions.

Esposito just stepped down reaching the mandatory retirement age of 63, after 44 years of service.
Every answer he gave came back to the premise of defending stop and-frisk. He says the practice is not racist, though the statistics show most of the people stopped and searched by police are overwhelmingly African American or Latino. He had an answer for that too. Esposito said Police go where the crime is.

In fact Esposito went as far to charge that New Yorkers never complained about stop and frisk. He said that was left to the Rev. Al Sharpton’s of the world and other civil rights groups.

Esposito even had a solid reason for when it comes to the dreaded “no-no” in the world of policing, and that is quotas. Officially the public is always told quotas don’t exist. Esposito explained the department does instead have productivity goals to make sure all police officers are out there doing their jobs. In other words, for some police officers that may be taking it too easy during their regular shifts, operating at almost cruise control, to then only push to really make arrests and give tickets while on overtime, earning time and a half salary. What he called 10 percent of the police force.
Sitting in the third row bleachers of the beautiful mahogany courtroom I glanced out the window and thought Esposito even had me going. Maybe the NYPD is completely color blind I thought?

But let’s scratch just beneath the surface. I’m not asking you to dig far. Just inquire a bit.

On the stand, Esposito admitted that’s the percentage “Stop and Frisks” went up on his watch as Chief of Department in just a 14 year time period.

Another figure is 88 percent.

“Again I go back to the point of how many crimes did we prevent. How many times do we make that criminal perhaps, if it is a criminal, think twice and say you know what, I can’t steal the car tonight. I’m going to go home and go to sleep because the cops are on to me. That’s the part we can’t measure. That the untold story that we don’t get out enough. How many crimes have we prevented because of stop and frisk.”

Then I asked Esposito the question every person that has been unfairly stopped by the NYPD would want to ask, and that is how would Esposito feel if it was his son?

But the point that Esposito is apparently missing, is that in African American households across all demographics, it has become a very sad rite of passage, fathers have to teach their sons that may be straight-A students that they will be stopped and frisked.

Give him this much. With almost a rapid-fire response, Esposito was quick to point out that even his family has been stopped by the NYPD, albeit years ago, but one has to wonder why on the stand, Esposito wasn’t as forthcoming when he was asked repeatedly if safeguards were in place to make sure all of those police stops of African Americans and Latinos did not amount to racial profiling.