Starting with Patti Lupone, Let’s Show Respect for All Professions 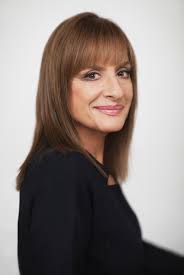 Much has been made about popular Broadway actress, in character none the less, taking the cellphone of an audience member, who had sent/received a few text messages.

Lupone at this point of the show, “Shows for Days,” where she plays a small-town theater diva, would normally come into the crowd, and shake hands of folks in the front row. Well on this day last week, four cellphones went off, twice from the same phone. The actress said she gave the confiscated phone to the stage manager, and the phone was ultimately returned.

Well Bravo for Patti, as I argued on Verizon FiOS News/RNN-TV Friday night.  While Broadway actors make their work look flawless, have we ever stopped to consider ANY possible distraction could make Ms. Lupone forget some lines of her script, and possibly screw up the physical blocking for the show, (getting from point A to point B physically)

What about the fact that at any Broadway show, there is the sign in the lobby declaring no cell service during the show.

Come on folks, let’s have a little respect for the craft and livelihood of Patti Lupone. Below is what she told the NY Times in a telephone conversation.

Q. So what happened Wednesday night?
A. This woman — a very pretty young woman — was sitting with her boyfriend or husband. We could see her text. She was so uninterested. She showed her husband what she was texting. We talked about it at intermission. When we went out for the second act I was very close to her, and she was still texting. I watched her and thought, “What am I going to do?” At the very end of that scene, we all exit. What I normally do is shake the hand of the people in the front row. I just walked over to her, shook her hand and took her phone. I walked offstage and handed it to the stage manager, who gave it to the house manager.
Q. How did the rest of the cast react?
A. Everybody is deeply upset by it. How can you not be distressed by this? Everybody is freaked out.
Q. If you could see it, then the rest of the audience probably could, too. It takes one screen to disrupt an entire theater.
A. I don’t know why they buy the ticket or come to the theater if they can’t let go of the phone. It’s controlling them. They can’t turn it off and can’t stop looking at it. They are truly inconsiderate, self-absorbed people who have no public manners whatsoever. I don’t know what to do anymore. I was hired as an actor, not a policeman of the audience.
Q. How did the audience react when you took her phone?
A. They got it. She was totally seen texting because she was in light. Some people gasped when I took the phone. Some people applauded.