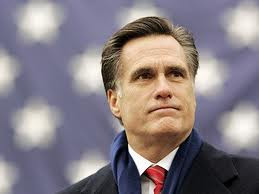 You knew it was coming.

It had to be on the way.

“His was a raw moment of candor,” Obama backer Sen. Charles Schumer said on a press call Monday, noting Romney will “only share details if you give $50,000 to his campaign.”

Romney supporters said the statements were not policy pronouncements.

“President Obama cannot bear to face his own record of high unemployment, tax increases and massive debt. No matter how hard President Obama tries to run from his record, Gov. Romney is going to continue talking about his plans to get the country back on the right track,” responded Romney spokeswoman Andrea Saul.

On the 4th of April after Romney swept Wisconsin, Maryland and Washington, I hedged my bet here at The Huffington Post on his success: “If Team Romney can make it past the next few days with no gaffe, then bravo!”

I went on to state, “However, with Romney it seems like he always has a way of stepping on his own message. Either he reminds us of his enormous wealth or there is some huge gaffe.”

But I also had more to add: “Remember this is the same guy the morning after Romney’s big Florida victory when he said: ‘I’m not concerned about the very poor,’ adding that there was a social safety net in place and that he was focused on the middle class.”

Or better yet: the day after winning Illinois, the now infamous “Etch-a-Sketch” comment made by Romney senior aide Eric Fehrnstrom during an interview on CNN. Fehrnstrom was asked if Romney’s efforts to woo conservative voters in the primary would hurt him in the general election and said, “I think you hit a reset button for the fall campaign. Everything changes. It’s almost like an Etch-a-Sketch. You can kind of shake it up and restart all over again.” Romney’s political opponents on both sides of the aisle said it was evidence of political opportunism.

It also begs the question of was it a gaffe? Or was Romney simply “caught” when he thought reporters could not hear his comments?

However, Obama supporters beware. Even for Mr. “One Step Forward and Two Steps Backwards,” I have constantly predicted Mr. Romney could still emerge victorious from the general election.

The fact is, in a one-on-one match-up, anything can happen, and look at the Gallup poll that came out this week. It’s a statistical dead heat, but Romney is ahead with national registered voters 47 percent to 45 percent for President Obama.

Both Obama and Romney are supported by 90 percent of their respective partisans, but Romney had the edge among the all-important independent voters, 45 percent to 39 percent, giving the Republican the edge.

I know there are a million questions regarding whether Romney can energize the base and turn out conservative voters. Don’t sleep on him, and for the Democrats, perhaps it’s a great thing that they are trying to put even Republican states, like Arizona, in play.

To those that argue it can’t be done, look at Indiana and North Carolina. That same argument was made, and look at the results. Perhaps it should be said to not sleep on Obama.