Quiet and Methodical: The Bill Thompson Campaign for NYC Mayor 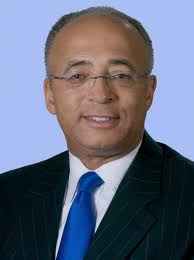 For weeks here in the New York City area folks have asked me, what is Bill Thompson doing?

Is he a candidate for NYC mayor?

Does he really want this or is he just going through the motions?

Where is Thompson’s passion?

Well, if Thompson’s personality was not so low-key, he might respond with the slogan line of that Kia Sorrento TV commerical: “How you like me now.”

Yes, City Council Speaker Christine Quinn remains the far favorite in the race based on polling, but as the front-runner she has a big bulls-eye on her back, and her numbers are slowly headed south. Quinn has to worry about peaking too early. Yet Thompson, like the steady beat of a drum, is building momentum, with an impressive display of endorsements.

There is the complete X factor of what happens, should former Congressman Anthony Weiner enter the race? Weiner, if he can get past the tabloids, has a real shot of connecting with voters. The guy does well in debates, and his one-liners of protecting the middle-class will resonate with voters.

But for now, even the Weiner factor benefits Thompson because Weiner, Quinn, and Public Advocate Bill Deblasio are fighting for the same base.

The point is, Thompson, known as a moderate, is starting to look like a candidate most of the city could rally around.

At first, Thompson’s support of the controversial stop and frisk police policy seemed to come out of left field, but now an umbrella group of law enforcement unions is on the verge of endorsing Thompson. For the record, Thompson wants to modify “stop and frisk.” He comes into the race with the strong support of the African American community, but if he gets the law enforcement endorsement, it will go a long way towards establishing Thompson as a possible law and order mayor as well.

Thompson also has the backing of the city’s Top Latino elected official, Bronx Borough President Ruben Diaz, Jr. That will go a long way towards pulling together the same Black/Latino coalition that elected the city’s first black mayor David Dinkins.

Then you add the endorsement of former Lt. Gov Richard Ravitch, and that sends a strong message to the business community.

So Thompson may know something that the rest of us don’t: this primary battle is a long one, and that a candidate wants to peak at the right time. Even America’s Mayor, Republican Rudy Giuliani has said if his former deputy mayor Joe Lhota wasn’t in the race, he would probably cross party lines and endorse Thompson. Some of Giuliani’s guys are even raising money for Thompson.

Some pundits and political observers may argue the days of endorsements carrying real meaning are over.

Then Thompson might remind the same crowd that he was supposed to be nothing more than just the sacrificial lamb to Billionaire Mike Bloomberg four years ago, and even without the help of the top Democrat in the White House that basically abandoned Thompson — flirting with Bloomberg, Thompson barely lost that race by just four percentage points.

During community forums, the other Democrats are engaging in a circular firing squad, while Thompson is staying above the fray. Stated plainly, it looks like Thompson is running a marathon, while the others are engaging in a sprint. To those that do not believe Thompson has the passion to be mayor, I say look at his debate performance against Mayor Bloomberg when I moderated it for NY1. Thompson is running a quiet and methodical race to be elected mayor. If may just work.

Boy, this primary is going to be fun.