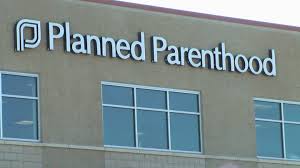 As it relates to the Planned Parenthood recent Video Controversyafter finding itself linked to what abortion opponents allege is Planned Parenthood’s illegal trafficking of fetal tissue and organs for financial gain, what’s my opinion on this issue?
It’s was best stated on TV  by the Mayor of New Rochelle, N.Y, Noam Bramson.  Mayor Bramson, who was sitting next to me. Please think about the Mayor’s response:

“Do we trust women and doctors to make choices about health care or do you want to have legislatures and the government reaching in for the most personal and private of choices. “

Mayor Bramson went on to answer his question:

“My view is, it ought to be women and doctors making these decisions.”

I say who can really disagree with that. The  Mayor went on to state what Planned Parenthood officials have been stating and President Obama.

“Planned Parenthood provides absolutely vital services to millions of women each year, only a tiny fraction of those services relate to Abortions.”

What kind of Services?
1)      Women’s Health Care.
2)      Access to contraceptives
3)      Planned Parenthood provides a variety of screenings for serious illnesses, in many cases for women that
would have trouble accessing medical care were it not for planned parenthood.
Amen Mr. Mayor.