It was my Honor and Pleasure.
I had an absolute outstanding time as the emcee Friday night for the Parkchester Branch of the NAACP Freedom Fund Awards Dinner. Here are a few photos.
The night was fabulous with their leader, President Beverly Roberts.
This branch in particular has been all about all about “Each One, Teach One,”mentoring young people in the community, under Robert’s stewardship.
Each year President Roberts honors local young people that are striving to better their lives via education, to parents, and of course she honors community members that are stepping up in major ways.
One young lady, Asha S. Covington of Preston High School won the academic honors, and has been on the academic honor roll since her arrival at Preston.
Asha is deciding what college she wants to go to.

Also in attendance was Darcel Clark, the former Supreme Court Justice who is running for the Bronx District Attorney post. 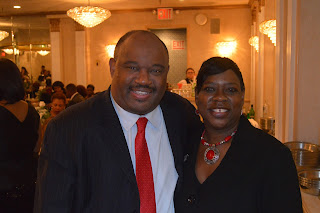 The other honorees are below: