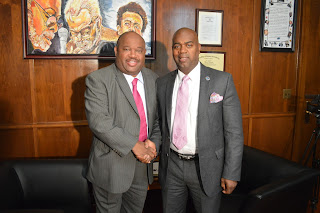 He’s the new Mayor of Newark New Jersey and Wednesday night, we are going one-on-one with Mayor Ras Baraka.

In a glowing profile recently in a page one Sunday New York Times cover story, Mayor Baraka is credited with uniting the city of Newark, and bringing about positive change.

One of the Mayor’s major issues is stopping the violence that is occurring in Newark and so many other cities around the country.  One such case that touched the mayor dearly, was the death of a three-year-old child in Newark.

We are going one-on-one with Mayor Baraka Wednesday, at 6 pm on Verizon FiOS News/RNN-TV. You can also watch from around the country by clicking here.

In Manhattan- Time Warner Cable Channel  #91
Channel  #19 or #6 in the NYC BOROUGHS. OR IN Westchester County/Rockland County/ Long Island/New Jersey.