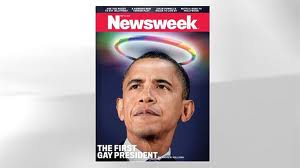 Newsweek isn’t going to let Time win without a fight.

In the battle for most controversial cover of the week, Newsweek fired back at Time magazine’s now-infamous breastfeeding mom image by putting President Barack Obama under a rainbow halo with the tagline “The First Gay President.”

Last week, Obama officially announced his support for same-sex marriage, becoming the first sitting president in U.S. history to do so.

“I’ve just concluded that for me personally, it is important for me to go ahead and affirm that I think same-sex couples should be able to get married,” Obama told ABC News.

The cover story, written by openly gay Newsweek contributor Andrew Sullivan, has yet to be released in full, but the magazine posted an excerpt on why the writer believes the president’s move to support same-sex marriage was not just a political ploy.

“When you step back a little and assess the record of Obama on gay rights, you see, in fact, that this was not an aberration. It was an inevitable culmination of three years of work,” Sullivan writes.

Sullivan draws comparisons between Obama’s biracial upbringing and the experience of gays who grow up in heterosexual families. 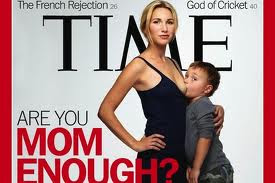