Mr. Vice President, Don’t Do It. 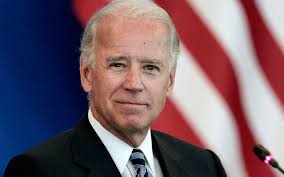 Vice President Biden, you already know how finicky the folks in my line of work can be.
The media can love you today, turn around and hate you tomorrow.
Or stated another way, we prop you up, before the knock-down, as I argued regarding you on Verizon FiOS/RNN TV.
Go ask former Texas Governor Rick Perry.
Before he entered the last Presidential Race, Perry was floated as perhaps the golden boy to lead the Republican Party to victory.  Then he took the plunge, and let’s just leave it at —-not remembering the third Federal Agency he would shut down live during a debate.
Now this time around, his campaign is literally on life support financially, and Donald Trump accused the governor of only wearing glasses in an attempt to look smart.
Go ask former NYC Mayor Rudy Giuliani.
Rudy had very high poll numbers, and he was “America’s Mayor.”  Somehow his strategy as a moderate of ignoring Iowa and betting on Florida didn’t work.  Here is what the Washington Post said of Giuliani back in February of this year,

“it’s hard not to remember that he ran one of the most spectacularly terrible presidential campaigns in modern U.S. history.”

Yes Mr. Biden, the Democrats may have to have somebody on standby ready to go in the unlikely event that Hillary Clinton doesn’t make it.
You have served two successful terms as Obama’s Vice President, but you also ran for President several times in the past.
I didn’t mention any of your controversies or your gaffes.
Maybe you know something that the rest of us don’t regarding your future, but do you really want to take the chance with your legacy at stake.