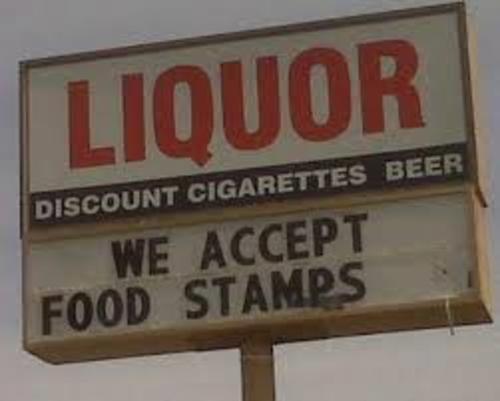 The Great State of Kansas just signed into law some of the country’s strictest prohibitions on where welfare money can and can’t be spent. Concerts are out, so are Casinos, Lingerie, Fortune tellers, tattoos. I say the restrictions are a good thing, but of course others might disagree.
I have heard the argument that such a move as this one, demonizes the poor, and such a welfare ban is unnecessary because who in the first place uses their welfare grant to pay for such items.
You would be surprised.
This is by no means to broad-brush and demonize everyone that receives public assistance, but I counter with what is wrong with having an official policy so that state residents that happen to receive welfare in Kansas, know what is acceptable under the rules and what is not.
The fact of the matter is I have personally seen people that in New York “game” the system, from simply having more kids to increase their welfare money per month and to avoid workfare programs, to people standing in front of stores, illegally selling their food stamps for 50 cents on the dollar.
I do admit tracking the money is almost impossible, and most people do spend the money on basic necessities.
But Bravo to the state of Kansas.
Close to two dozen states have passed restrictions on state benefit cards in attempts to prevent purchases on items like alcohol and gambling.