Judge lectures Harlem families to take responsibility as he sentenced Drug Dealers. Did he go to far? Was he right on point? 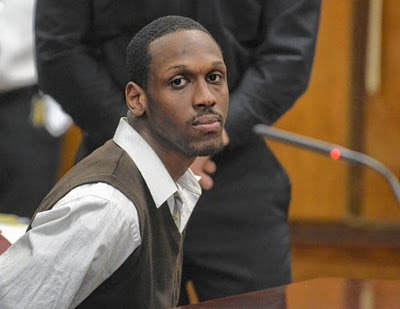 Was Supreme Court Justice Edward McLaughlin calling a spade a spade, or did he go way too far as he urged parental responsibility at the sentencing of five violent Harlem drug dealers, including Jaquan Layne seen to the left here.

This is regarding the so called 137th Street Crew. The gang was charged with drug, gun, and conspiracy crimes in Harlem. The name may sound familiar. It’s the same gang that recruited teens, including one time preppy school student Afrika Owes. She was just 15 years old when she carried guns for her then boyfriend, the leader of the group.

In the judge’s words:

“Gun violence in Harlem is the responsibility of that community.” Judge McLaughlin said as he sent the 21-year-old leader of the W. 137th St. gang, Jaquan “Jay Cash” Layne“ away for 20 years to life.
————

I ask you Is it fair to paint the entire community with a broad brush? Or is this the type of tough love that the Harlem’s of America need?
———–

“If you do nothing, you are complicit.” The Judge said.

———–
I stop here to ask you to dig deep down in your soul in answering Judge McLaughlin statement. If you do nothing, you are complicit.”

————
He urged families to do more to turn their kids from crime.

“If your relative is not doing homework, if you are not going to their school and talking with their teachers, then you contribute to your child’s and your community’s destruction,” the judge said.

There is “no gun genie” delivering weapons to kids, the judge continued.

The judge’s words seemed to shock the families of the five gang members as they sat in the courtroom gallery waiting for their sons to be sentenced.

“I can’t do this,” Layne’s sobbing grandmother said as she left court – mascara streaking her cheeks.

“With all these kids being sentence like this. I think he’s prejudice,” said the woman who would not give her name.

A second of her grandsons, Jahlyl Layne, 18, was sentenced to at least 7 ½ years behind bars and up to 23 ½ years.

Was the judge telling the truth? Or was he looking down at poor African American families? Would he lecture another community like this? But, are other groups killing themselves in the numbers that African Americans are? Was the judge doing the black community a favor? Does his comments perhaps reveal a contempt on his part that has been there for years? Would you want this judge hearing other cases involving African Americans or did he simply do the right thing speaking out this time? These are some serious questions to think about.