Is the Biden White House Talk For Real? Biden is no Obama 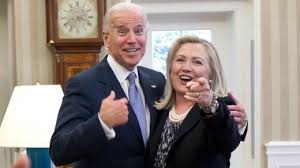 We knew his ambition was always there.  Vice President Joe Biden, after all, has unsuccessfully run for President several times.

Now there are numerous reports, that Biden, yes that Biden, (the human gaffe reel) is seriously considering a bid for the White House at the request of his adult son Beau, that recently died of Brain Cancer. Beau Biden was also the former Attorney General of Delaware.

Hillary Clinton’s poll numbers may be under water.  In other words, her negatives are higher than her approval ratings, and she may be facing increased scrutiny, but folks let’s get real as I argued on Verizon FiOS News/RNN TV,  are we really talking about  Biden winning the Democratic nomination over Hillary?
Below are some of the recent Newspaper accounts on this matter.