Is Obama losing his base? You decide. NY Times Op-ed 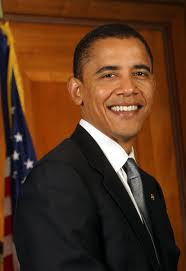 These are two very good op-ed pieces in the N.Y Times. I ask, are the re-election warning alarms going off? If the president loses any of his base, he is in trouble.

Obama Is All Words, No Action

Alexander Heffner, a senior studying history at Harvard University, is the founder and editor of Scoop08, a national student outlet that covered the 2008 presidential campaign. He is on Twitter.

During the 2008 presidential campaign, particularly in his primary bid against Senator Hillary Rodham Clinton, candidate Barack Obama electrified a network of young supporters. And while his candidacy did not alter the ultimate electoral equation — in terms of the demographic make-up of voters on Election Day — young people were the foundation of Obama’s grassroots machine.

The president has failed to address unrelenting college tuition hikes and the concerns of jobless youth.

But that’s changed. Many young people think President Obama has failed to radically reshape the socioeconomic landscape to be more equitable for the typical loan-ridden student. Some point specifically to unrelenting tuition hikes and jobless or homeless youth.

Obama’s eloquence and hipness have proved no replacement for bold and persistent action on behalf of young people. In fact, the president has missed a series of opportunities to protest against university tuition increases. After the massacre in Tucson, he did not call for revitalizing college counseling and safety. And during the Arab spring, he did not argue for a global civics revolution in classrooms worldwide.

In this sense, perhaps most disappointing is Obama’s failure to challenge today’s generation of young people to achieve a dream for the country (like the eradication of cancer by the decade’s end). The stimulus act provided some financing for innovative projects, but was neither articulated nor executed courageously enough, à la Theodore Roosevelt’s Square Deal or Lyndon Johnson’s Great Society.

This all said, the president has many more months to engage young people. As a former urban organizer, Obama has the capacity to constructively channel young people’s energy in the Occupy movement. As yet, however, he has not sufficiently helped disenfranchised youth clarify or achieve their objectives. If young people linger untapped, Obama could well suffer a defeat in 2012.

Sara Haile-Mariam, a recent graduate of New York University, is a former communications associate at the Center for American Progress’s youth division Campus Progress and a 2008 Surrogate for the New York Obama campaign. She is on Twitter.

Barack Obama was never supposed to be president, and the young people who supported him were warned that his election was impossible. On his urging, they organized, collectively tipped the scales in Iowa, made reliably red states winnable and ultimately elected Barack Obama as the 44th president.

Our disillusionment is grounded in today’s politicking and the president’s aversion to conflict.
Candidate Obama promised a transformative presidency. Despite his election, young people remain shut out of the process with their criticism negated as naïve and counterproductive.

They are a generation who rejected conventional wisdom to support him in the face of unemployment and student debt, climate change and unrealized notions of equality, only to watch his administration strive for what’s “possible” within a broken system. While they serve as beneficiaries of many of his policies, and prefer him to his Republican challengers, the sense of defiance fundamental to the Obama campaign has been lost and with it, the excitement once generated by Obama himself.

Candidate Obama’s vision relied on the premise that while government cannot solve all of our problems, it should be able to help. Our disillusionment is grounded in the terrifying realization that today’s politicking makes government ill-equipped to do even that. It’s exacerbated by the discomforting suspicion that maybe we were wrong about Obama.

President Obama must become the leader we’re nostalgic for, one who was candid in his convictions and enlisted us to disrupt the status quo even when faced with likely defeat. His consistent aversion to conflict — to vocal and passionate persistence — suggests that he’s abandoned what once made him different.

President Obama’s very presence in office undermines the assessment that some things just can’t be done. His administration needs to embrace the same level of audacity that he campaigned on in 2008.