Indiana Proves the Power of Economics 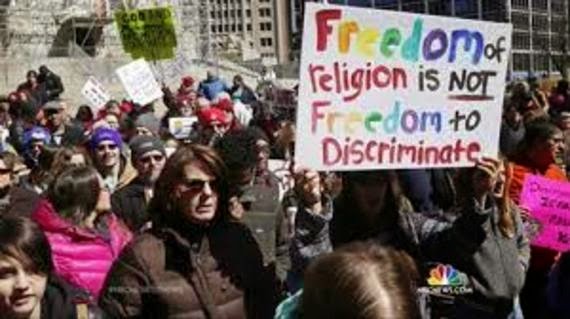 It’s amazing what Economic Power can accomplish.
A friend Godfrey LeBron, who often makes excellent points tweeted me regarding the mad dash race to change Indiana’s ‘religious freedom’ law. Godfrey was correct.
“It’s amazing what economic power will get you. People need to learn from this,” Godfrey wrote to me. I had to stop and think about his assessment.
The backlash to Indiana’s law has been so strong and aggressive that the possible financial repercussions and threats of boycotts not only forced Indiana to take a second look, but Arkansas scrambled to change their ‘religious freedom’ bill. Here is how we discussed all of this on FiOS TV News/RNN.
The assessment from my twitter friend Godfrey LeBron (@Godfrey129) is so on-point and accurate that it bears repeating: “It’s amazing what economic power will get you. People need to learn from this.”
We have witnessed the power of economics that played a large measure in bringing down the apartheid government in South Africa, we have seen several rounds of sanctions cripple the economy in Iran over blocking Iran from developing a nuclear weapon.
Let’s face it. Money equals enormous political power. Whether it’s the Koch brothers on the right, (Charles G. and David H. Koch) Casino owner Sheldon Adelson, or on the left, George Soros and folks like him, the one common denominator is money has an amazing way of changing perspectives of public officials.