In Baltimore, it’s Time to Look in the Mirror 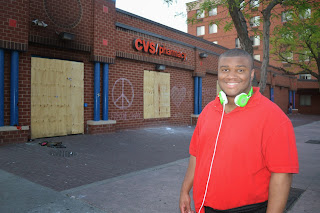 I was determined my son, Dominic Carter Jr,  would see first hand what happened in Baltimore.  We took him there, the first weekend in May 2015, and immediately went to one of the symbols of unrest.

Two of the things that will always stay with me is the burning/looting of a CVS store in your own community to take care of, and help people, and burning a brand new senior center that was under construction, and also would have offered major services to the community. In a move to show resilience, both  the CVS, and the senior citizen center will open.

Most reasonable people, most people of good will, can feel compassion for the tremendous hopelessness in Baltimore. To walk in the vicinity of the unrest, and see many, many abandoned row houses, and worse, the hopelessness sentiment on the faces of many that there are no options. 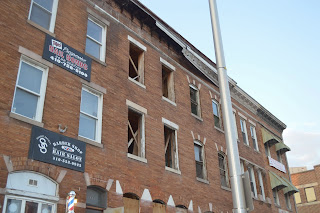 However with that said,  the community must stop all the excuses. Coming from a similar background of tremendous poverty in NYC, it is my perspective that the only way out of this is the following:
My God, Look at just what happened in Missouri. The young man that was with Michael Brown has been arrested on Drug Charges.
I am not coming from any political slant, EXCEPT being realistic.
I do know there are societal problems. My own local police department and the court system that goes with it, (The Ramapo Police Department, and the court in Suffern N.Y) has just made MAJOR national news, for pulling over four African American plainclothes law enforcement officials at gunpoint.
We can do Better.