Imagine: Hillary against Trump. Both with Latino Running Mates 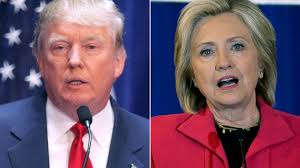 Let’s face it.
Iowa is not exactly a bell weather state in terms of selecting the winning presidential candidate. That honor belongs much more to the buckeye state of Ohio.
Iowa is a state to watch…..and more importantly Iowa does provide momentum, especially for the candidates that meet or exceeds expectations.
So just imagine this scenario.  Some Americans might consider a scary situation, but think about it.
Donald Trump wins the Iowa Caucuses which plays heavily to conservative candidates. (on the republican side)
Trump walks into New Hampshire, where in the granite state, voters are known for their independent streak, and wins again.
Then he heads to what would have to be Trump’s stronghold, the south, and the “SEC Primary,”and starts winning there.
Trump will have momentum, money, and glowing press coverage for pulling off victories in a presidential race, as a political novice.
There might be no stopping him at that point for the republican nomination, and anything can happen once you make it to the general election.
If Hillary Clinton is the nominee on the other side, the only thing that might stop Trump is if she puts a Latino official on her ticket like Julian Castro, the U.S. housing and urban development secretary and former mayor of San Antonio. He was considered a rising star in the party when he gave the keynote speaker address at the 2012 Democratic National Convention in Charlotte, North Carolina.
Trump, up against that ticket, would almost have to counter with relative new start, Florida Senator Marco Rubio.
Let the games began.