Hillary2016. It could happen 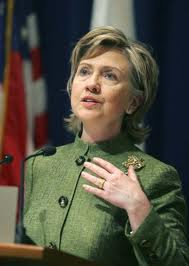 One of the few mementos that I proudly keep is a 2008 “Hillary for President” media pass.

It’s bright yellow, and is from the Iowa caucuses. I remember the night well in Des Moines at her victory night celebration. Halfway down, on the paper credential in blue, reads, “Ready for change – ready to lead, ” and, of course, it ends on the bottom with, “Paid for by Hillary Clinton for President.”

The world knows Mr. Obama won that night, ultimately winning the nomination and the White House. I have wondered from time to time, what would have happened during that close primary campaign if Clinton had “engaged” the senator from Illinois early on, instead of ignoring him for fear of turning off primary voters she would need in the fall? In other words, if Clinton had gone after the now-President of the United States from day one, instead of engaging in a presumed frontrunner, almost rose-garden campaign? Later she would go after Mr. Obama, but it was already too late.

I have also thought about what would have happened if Hillary Clinton could have added two additional months to the end of primary campaign? Would she have possibly caught up with the delegate count?

Of course we will NEVER know the answer to those questions, so let’s look to the future.

It’s a promising one for Hillary Clinton.

History by now should have taught us to never count a Clinton out, and all of a sudden the hottest speculation around the country is Hillary 2016.

Let’s face it, even critics would have to admit Clinton has done an excellent job as Secretary of State, and no matter who wins this election in November, Hillary Clinton is a strong contender for the White House in 2016.

The other night on RNN-TV’s The Richard French Live Show, we debated this very subject (watch here). My contention is that Hillary Clinton is the outright frontrunner, and it’s déjà vu again: the presidential race is hers to lose.

On the Democratic side, who is out there with more star power? No one, and should she run, there is no conceivable way popular NY Governor Andrew Cuomo would compete in a primary against Clinton. In all likelihood, Cuomo would probably pass on that race. Who could the Republicans possibly put up, should Mitt Romney lose? New Jersey Governor Chris Christie? Rick Santorum?

Clinton has said many times over the past few years that she has no desire to make a 2016 White House run, but rumors have persisted that she could change her mind, and there are growing calls inside the Democratic establishment for such a run.

Nancy Pelosi, the party’s leader in the House of Representatives, said she “would love” for Clinton to be the next nominee. Kirsten Gillibrand, Clinton’s successor as senator for New York, promised to ask her to stand again, “I’m going to be one of the first to ask Hillary to run in 2016.” Even David Plouffe, the mastermind of the Obama campaign that dashed her hopes in the 2008 Democratic primaries, said: “She would be a very strong candidate.”

Clinton is so popular that earlier this year, Clinton also shot down reports she would replace Vice President Joe Biden as President Obama’s running mate in November.

Yes, the Clintons remain polarizing figures in America. Yes, Hillary Clinton will be almost 70 in 2016. But for 10 straight years, she has also topped the Gallup poll as America’s most admired woman. Remember 69 is the same age Ronald Reagan took office in 1981.

Of course adding fuel to the speculation is the recent interview former President Bill Clinton did recently declaring he would fully support his wife if she decided to make a run for the White House in four years.

“If she changes her mind and decides to run, I’ll be happy,” he said on ABC’s Good Morning America.

“It’s entirely up to her … I believe that she’s being absolutely honest with you when she says she doesn’t think she’ll go back into politics,” he said.

“But if she comes home and we do this foundation stuff for the rest of our lives, I’ll be happy; if she changes her mind and decides to run, I’ll be happy.”

Will Hillary Clinton pass on her final chance at breaking the hardest glass ceiling? Having covered Clinton, and serving as a moderator of a debate with her, I think the opportunity is just too much to walk away from.

Imagine that at the end of the day, both Obama and Clinton could make history with the presidency.