Hillary Finds Herself Already in the Hot Seat 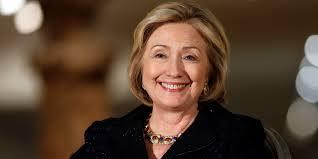 Critics finally have something now to talk about….and subpoena.
You knew it was right around the corner, and the republican Congress has launched an investigation into Hillary Clinton’s emails.
A House committee investigating the Benghazi, Libya, attacks issued subpoenas Wednesday for the emails of Clinton, who used a private account exclusively for official business when she was secretary of state — and also used a computer email server now traced back to her family’s New York home.
This issue sounds like its much ado about nothing.
Yet critics are already using the emails as a way of further casting the former senator as “secretive,” “untrustworthy.” and in that arena of perception becomes reality in Politics, they can score points.
Already on a TV near you, the argument s are being made about “one set of rules for the Clinton’s, and another set for the rest of us.”
The House committee panel also instructed technology companies— it did not identify to preserve any relevant documents in their possession.
This issue was Page One News, the day after in USA Today, the New York Times, and the Washington Post.
This is about a dying investigation into Benghazi, and putting new life into it.
—