For Trump Iowa amounts to no more hype – Its Game Time. 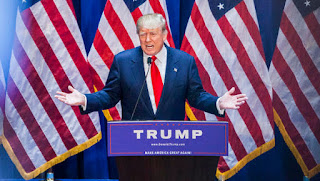 It’s almost like the professional boxing matches Donald Trump would promote at his venues with Don King. Hype, hype, hype, but at the 11thhour, could the two boxers live up to the hype.
Often the answer was no.
Trump is not a traditional candidate. We already know that.
Iowa is all about a test of organization… and we are about to find out Monday night if Trump’s magic touch on the stump, translates into folks turning out in the cold to caucus on his behalf.
Trump’s supporters are motivated. Trump dominates news cycle after news cycle.  However in Iowa, volunteers and follow-up phone calls to voters are very, very important.
Trump will win New Hampshire, but Iowa is the question.  Iowa is the first real test, right out the gate.
It is noted that without Trump, the debate fell completely flat.
If Trump gets Iowa, followed by New Hampshire…there may be no stopping him.