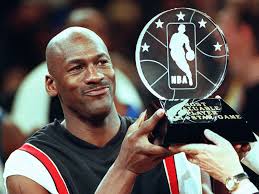 Let’s be honest.  Many of us think we could go at least one minute, on the basketball court, up against a retired Michael Jordan.

I found out the hard way, that such a terrible assumption IS SO UNTRUE. I went one-on-one in a game of Chess with an International Chess Grand Master. It felt like Jordan was dunking on me, on each and every play, without even breaking a sweat.

His name is Maurice Ashley, and he lives in Park Slope, Brooklyn.

Nice guy, but don’t waste your time playing Chess against him. Its like going up against Jordan.

This is the story I did on Maurice Ashley on TV.