Cutting Services Coast to Coast: How Far is too Far 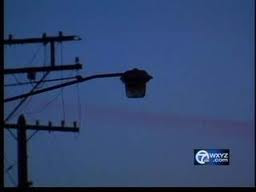 The argument about fiscal austerity has been drilled into all of us. The U.S Marines couldn’t have done a better job.

It’s our new way of life.

If you are a Republican elected official, there’s a second part to the “cutting back” rule of thumb these days: Don’t dare believe in compromise. Don’t dare reach across the aisle. Do so at your own peril.

Attempts at bipartisanship are the new blood sport.

Go ask Republican moderates that are dropping one after another. Even a nearly four-decade career doesn’t matter anymore. The right says cut, cut, cut, and if you dare work with Democrats, dead man walking!

Yes, I’m referring to Indiana Senator Richard Lugar losing to a Tea Party-backed challenger in the primary. (Richard E. Mourdock) Surely future elected officials hoping to succeed will have arrested development when it comes to bipartisanship.

How is America going to pay for its social programs? Look to the likes of Congressman Paul Ryan. His answer is to cut, cut, and cut some more. (Medicaid, food stamps, but not defense.) Nothing is off the table with the austerity battle. (Dare the debt ceiling battle be mentioned here — that is coming around again.) Tax hikes on the other hand are a complete no-no. A dirty word. The bogeyman. The new Third Rail of Politics. We’ve got the memo and talking points from Washington, New York and from capitols all over the country. (Even Greece is looking at huge debt and a shrinking economy.)

But are we going too far?

Case in point: officials in Detroit say an economic squeeze, and a population loss, is forcing them to permanently turn off almost half of its streetlights. I am a positive type of person, “the glass is half full” so here’s the “good” news. The proposed Detroit areas in question are vacant and in communities that are dwindling.

What’s scary is that this is a drastic step other cities have used. (Colorado Springs, Santa Rosa, Calif, and a few others.)

That’s right. Detroit, a major American city, the home of the America Car maker, Motown, and even the highly successful rapper Eminem, is looking at turning off the lights to save money.

“You have to identify those neighborhoods where you want to concentrate your population,” Chris Brown, Detroit’s chief operating officer, told Bloomberg News. “We’re not going to light distressed areas like we light other areas.” Reportedly, “about 40% of the city’s 88,000 street lamps are already broken.” Bloomberg News also reported that, as part of Mayor Dave Bing’s proposal, “an authority would be created to borrow $160 million to remove the streetlights and upgrade the remaining 46,000,” with the city then contracting out maintenance of the system.

This is the same Mayor Bing that was a star Syracuse University Basketball Star years ago.

Officials believe the city would ultimately save about $10 million a year from the move.

Perhaps I’m out of touch and this draconian move makes a lot of sense, especially with the political climate that is sweeping the country, but why not just explore the possibility of a tax hike? Is a tax hike the easy way around a problem? Perhaps. Elected officials that were extremely skeptical about potential tax hikes used to say that a tax hike was only deferring a problem. Pushing it down the road. Perhaps there is some validity in that argument.

Now we use pretty terms to describe what’s happening in Detroit, like “cost cutting alternatives.” Would you rather pay a little more or have no lights in certain communities?

Remember the days of yesteryear. “Paying a little more” to protect services are words politicians used to be able to use with no problem. Have we deferred and deferred to the point where we can longer avoid the cuts? Maybe. But are tax hikes that bad of a word politically?

How far are we willing to cut to the bone? Some cities across America like a few in New Jersey have proposed cutting their police departments by 50 percent. Is that enough? Why not 80 percent? Of course, I state this sarcastically.

What happens one night in Detroit when someone is lost, and ends up in an area that is no longer properly lit and their car breaks down?

Some of the things that are happening these days in the political arena, my deceased grandmother from Augusta Georgia, Anna Pearl Carter, who didn’t have much of a formal education, would refer to as penny wise and pound foolish. This is defined by free dictionary.com as “unwise because doing something small now would prevent much more trouble later.”

But hey, what’s happening in the Detroits of the world is what occurs when officials on both sides of the aisle pander for votes armed with the cut, cut, cut argument.

I am far from a bleeding heart liberal, and I have never been able to be boxed-in as to what my party affiliation might be. So this question is not a Republican one, nor a Democratic question, but it is being asked respectfully. Are we reaching the point where we have less and less compassion for our fellow human beings?

And all in the name of, if nothing else, the budget being balanced?