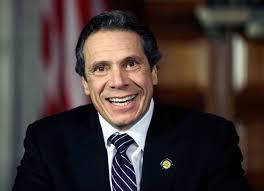 Gov. Cuomo has rebranded his campaign committee “Andrew Cuomo 2018.” Just re-elected, the move made News and raised eyebrows in political circles.
However, to know Governor Andrew Cuomo is to be able to easily predict that at least three terms are in his future. That is, if voters decide to let Cuomo control his own destiny. He might even try to make it to a magical, if you will, fourth term.
I have covered Cuomo for about 30 years, in his different roles. From HUD Secretary, to failed candidate for the Democratic nomination against H. Carl McCall in the race for governor, to the Cuomo that successful fought back to become relevant again. Then he emerged out of a crowded field to become State Attorney General, at which he did not have a great relationship with the current Democratic Governor at that time who was ultimately forced to resign, (Elliot Spitzer) and then I covered Cuomo when he was elected Governor himself.
My long history with this governor permits me to easily state that the legacy of his father, Democratic Icon Mario Cuomo is always somewhere in his picture. Here is how we discussed this Cuomo issue on TV.
The elder Cuomo served as the 52nd Governor of New York for three terms, from 1983 to 1994, and then lost to the relative unknown out of Peekskill on the Republican side, George Pataki. Basically, the entire campaign came down to what was known as “ABC,” Anybody but Cuomo.
Voter fatigue got in the way, and Mario Cuomo lost seeking term number four, in a campaign where his son had little or no public involvement.
OK, what about the national stage?
The fact of the matter is Andrew Cuomo could have never been a presidential contender with Hillary in the way. Anything else was just unrealistic speculation. So think about it. What’s the next best job for him?
Staying right here in New York, and at least always remaining on the national political radar from afar.
At the end of the day, part of Andrew’s tenure as Governor of the Great State of New York is also about his father loss.
His father did three terms, Andrew will at least try to match that.
Just watch!!!