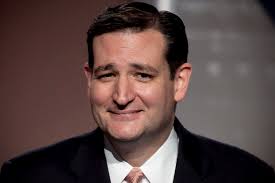 Yes he said it, and Bob Dole is correct.
Presidential contender Ted Cruz cannot, and will not, win the nomination.
Donald Trump made the likability argument about the Texas Senator just the other day. Trump’s assessment was correct, no one in the political establishment is fond of Cruz.
Stated another way, no one likes Cruz.
Bob Dole told the NY Times, the GOP would suffer “cataclysmic” and “wholesale losses” if Mr. Cruz was the nominee, and that Donald J. Trump would fare better.
“I question his allegiance to the party,” Mr. Dole said of Mr. Cruz. “I don’t know how often you’ve heard him say the word ‘Republican’ — not very often.” Instead, Mr. Cruz uses the word “conservative,” Mr. Dole said, before offering up a different word for Mr. Cruz: “extremist.”
“I don’t know how he’s going to deal with Congress,” he said. “Nobody likes him.” Dole said.
But Mr. Dole said he thought Mr. Trump could “probably work with Congress, because he’s, you know, he’s got the right personality and he’s kind of a deal-maker.”
All signs are Trump is headed to the nomination.
One of my past interviews of Donald Trump made headlines just the other day. (You can seethe Buzzfeed article here)