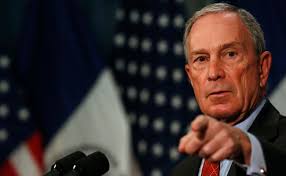 Ex-mayor Michael Bloomberg, two years after leaving City Hall, is pondering a serious run for the White House.  Past experience has shown Bloomberg is someone to be taken VERY seriously and with this very unpredictable race, Bloomberg could do the impossible on the independent line.

Bloomberg would mount a massive television campaign emphasizing his career as a successful, self-made businessman and the leader of a bipartisan administration in New York.

The 73-year-old Bloomberg set an early March deadline for a decision on the race — the cutoff for getting his name on the November ballot in all 50 states.

Bloomberg is said to be ready to spent ONE BILLION dollars on such a run.