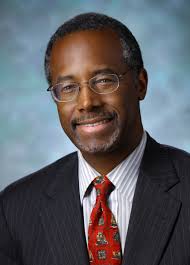 Political newcomer Ben Carson raised more than $20 million in the past three months to fuel his bid for the Republican presidential nomination, his campaign said Wednesday, a haul of campaign cash that shatters records and sets a new bar for his GOP rivals.
As other campaigns scrambled to bring in final donations before the end of the fundraising period at midnight, Carson’s senior team celebrated its massive haul at its suburban Washington campaign headquarters.
Two dozen staffers shared a red, white and blue chocolate cake topped with frosted numbers “$31,000,000” — the total amount the retired neurosurgeon’s campaign has raised since he launched his White House bid in May.
“You know, the pundits all said that we would never be able to mount a national campaign for financial reasons, but here we are approaching 600,000 donations,” Carson told The Associated Press while campaigning in New Hampshire. “The people have gotten involved, and that’s something I think they probably never anticipated.”
The day was a culmination of an extraordinary run for Carson, who tapped the wave of anti-establishment sentiment to raise $12 million in September alone, said campaign manager Barry Bennett.
Flush with cash, Bennett said the campaign initiated plans Wednesday to begin reserving television ad space across the South for primary contests scheduled for early March.