Anti-Semitism is Still Alive and Well 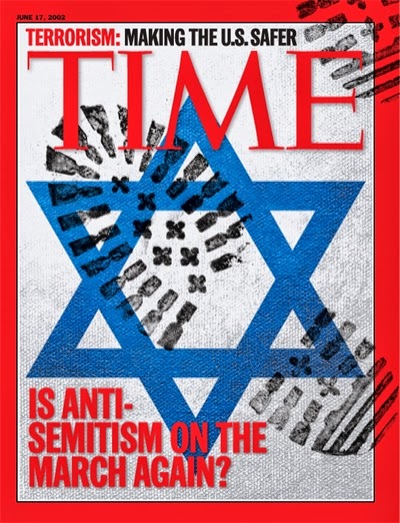 That’s very difficult to comprehend.
One recent headline that sets off the alarm bells is from the State of Missouri. The suicide this month of one of their elected officials, Auditor Tom Schweich.
Schweich was reportedly taunted with anti-Semitic comments during a quote, “whisper campaign.” as it related to his recent run for Governor.
Former U.S. Sen. John Danforth denounced the ugly nature of American politics while eulogizing Schweich, suggesting that political bullying and the anti-Semitic whispers led to his friend to kill himself. Auditor Schweich  was Christian and had some Jewish ancestry.
‘Words do hurt. Words can kill,’ Danforth said. ‘That has been proven right here in this state.’
Schweich, 54, fatally shot himself in what police said was an apparent suicide at his home in Clayton, Missouri. He left behind a wife, two children. Here is how we discussed this case on Verizon FiOS TV News.
My point is it’s disgusting, shocking and a scary thought to think that anywhere in the world, Jewish ancestry could be considered a potential dis-qualifier in the arena of politics.
Danforth said he had talked with Schweich two days before his death. He said Schweich was upset about a radio ad from a political action committee that mocked his physical appearance and suggested he was a pawn of Democrats who would “quickly squash him like the little bug that he is” in a general election.
But Danforth said Schweich was particularly distraught by what he perceived to be the anti-Semitic whispering campaign by the chairman of the Missouri Republican party, who Schweich said had been telling people that Schweich was Jewish.
Wisconsin is also apparently another example of recent Anti-Semitism . According to its hometown newspaper the Milwaukee –Wisconsin Journal Sentinel , Wisconsin saw a dramatic rise in anti-Semitic incidents in 2014, more than twice those seen in recent decades. That was based on an annual audit by the Milwaukee Jewish Federation’s Jewish Community Relations Council.
Just recently with President Obama on hand, the United States  marked the 50th Civil Rights Anniversary of “Bloody Sunday” in Selma Alabama.
Some bigotry may be easier to recognize and repudiate, like recently at University of Oklahoma’s Sigma Alpha Epsilon fraternity, but we must all take a stand.
Anti-Semitism also cannot be tolerated.