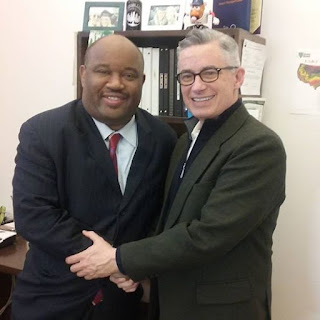 Jim McGreevey, of all people TEACHES me about the AFRICAN AMERICAN community. The former NJ Governor told me some statistics that frankly blew my mind. He says THAT CHILDREN OF THOSE INCARCERATED, ARE SIX TIMES HIGHER THAN OTHER PEOPLE OF ALSO GOING TO PRISON. In other words, its a vicious cycle That America locks up more African Americans than South Africa did at the height of apartheid. McGreevey told me prison is devastating Black Families.

McGreevey, says for how the prison system treats blacks, “America will reap what it sows.” I recommend you take seven minutes to watch this. He discusses how his sexual orientation cost him the Governor’s Office. This is a story of redemption.